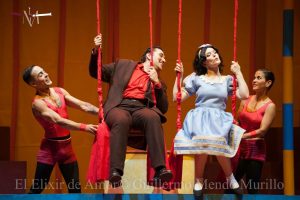 Joshua Guerrero – Tenore – Proclaimed a “gifted young tenor” by the New York Times, JOSHUA GUERRERO returns to the Los Angeles Opera in his role debut as Greenhorn in Jake Heggie’s Moby Dick during the 2015–2016 season.  He makes his European operatic debut as Gabriele Adorno in Simon Boccanegra at Opéra National de Bordeaux and then will be seen as Nemorino in L’elisir d’amore at Teatro de la Maestranza in Seville.

In concert, Mr. Guerrero will be seen with Gustavo Dudamel in Beethoven’s Symphony No. 9 with both the Los Angeles Philharmonic and Simon Bolivar Orchestra.  In the summer of 2015, Mr. Guerrero appeared at a special gala honoring Plácido Domingo at the Salzburg Festival. 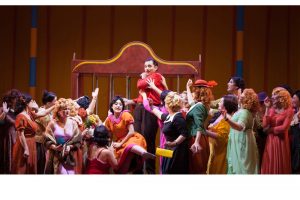 Mr. Guerrero made his role as Count Almaviva in LA Opera’s new production of John Corigliano’sGhosts of Versailles under James Conlon in the 2014-2015 season, replacing a colleague with short notice.  He also returned to the Aspen Music Festival for his role debut as Roméo in Roméo et Juliettewith George Manahan conducting. 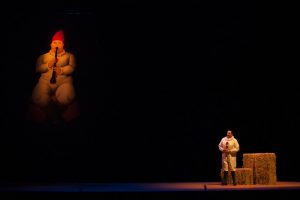 As a member of the Domingo-Colburn-Stein Young Artist Program at Los Angeles Opera, his appearances include his mainstage debut as Normanno in Lucia di Lammermoor, followed the role of Steve Hubbell in A Streetcar Named Desire. He also appeared in the Cathedral production of Jonah and the Whale and made his debut at the Ravinia Festival with the Chicago Symphony Orchestra under the baton of James Conlon singing the role of the Messenger in Aida.

A graduate of the University of California at Los Angeles, he has performed Don Ottavio in Don Giovanni and the title role in Orpheus in the Underworld for Opera UCLA and he also performed in the Britten Art Song Prelude at the Colburn School. He previously appeared as the Chevalier in Opera UCLA’s production of Dialogues of the Carmelites. He has been a featured tenor soloist in Palm Springs Opera Guild’s annual Opera in the Park concert and studied in Austria with Vladimir Chernov. Mr. Guerrero is a former member of the Santa Fe Opera’s Apprentice Artist Program and was the second prize-winner at Plácido Domingo’s Operalia Competition in 2014.